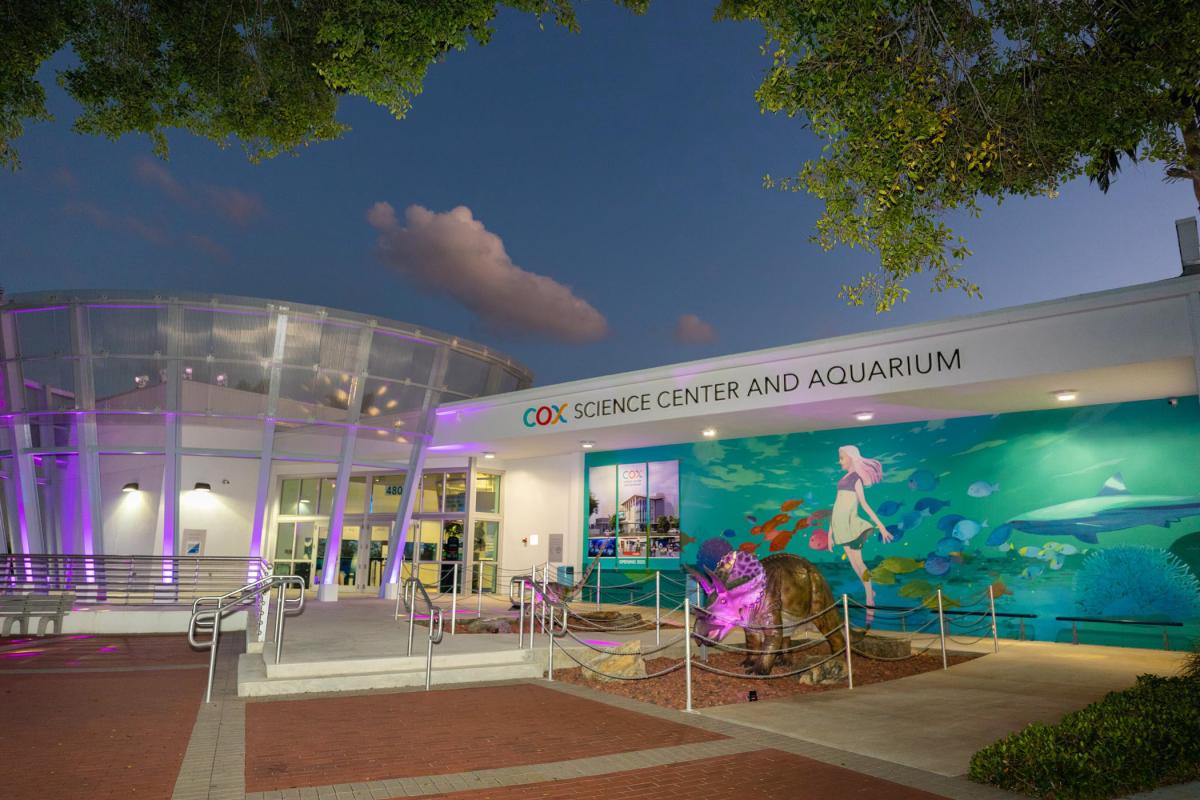 "Open Every Mind to Science"

Serving Palm Beach County since 1961, the Science Center revolves around a simple premise: science is exciting! Our mission is to “Open Every Mind to Science” and we are delivering on this promise by providing schools, visitors and campers an entirely new set of science programming and tech ventures based on computer coding, robotics, and other leading-edge educational programs. These new programs have allowed us to educate more young minds than ever before, now serving over 300,000 students, teachers and visitors annually, including 130,000 through field trips and educational outreach into schools and classrooms.

Within the last 10 years, we’ve dramatically renovated our campus and updates included a complete reconstruction of our 5,000 square foot Hall of Discovery, containing 100 new hands-on exhibits, an upgraded planetarium, 1,000 square foot early childhood exhibit, modernized theater, new science laboratory and improved amenities. In 2016, we completed the 18-hole miniature golf Conservation Course designed by local legends Gary Nicklaus and Jim Fazio. It was developed as a green space to provide recreational and environmental benefits to visitors while educating people about Florida’s native habitats and was named one of the "Top Thirteen Miniature Golf Courses in the nation" by Travel Magazine.

In October of 2018, we completed the second half of our backyard, the quarter-mile-long Fisher Family Science Trail which connects 15 new exhibits, including a Physics Forest, FPL SolarScape, interactive splash pad, gem panning station and dinosaur walk. In March of 2019 we completed the $2.5 million dollar permanent exhibit “Journey Through the Human Brain” in partnership with the FAU Brain Institute, which has since been dubbed the most advanced exhibit on the human brain in the world.

In spring of 2020, we added a $500,000 open-air amphitheater to our backyard Science Trail which features daily live science shows, trivia sessions and concerts. Guests bring picnic blankets and socially-distance themselves in the grass field while being educated and entertained.

We are well-positioned to take on a new set of initiatives. On November 15, 2021 we announced exciting expansion plans along with a name change, thanks to a record donation from Howard and Wendy Cox. Their $20 million lead gift serves as the keystone for a $45 million capital expansion campaign to take the new Cox Science Center and Aquarium into the future with expanded exhibit and programming spaces, including one of Florida’s largest aquariums. Construction is anticipated to begin in 2023 and a grand opening to the public is targeted for 2025. Now we need the greater community's support to take our mission to the next level by increasing local STEM impact initiatives through this exciting transformation! To learn more, click here.